Since the mid-1990s, Berlin-based South African artist Candice Breitz has produced a body of work treating various aspects of the structure of identity and psychological identification. In this installation Him+Her (2008) twenty-eight Meryl Streeps and twenty-three Jack Nicholsons appear  across fourteen  monitors in separate  darkened rooms. Taken from Streep’s vast filmography between 1978–2008, and Nicholson’s cast of characters stretching  his forty-year career to 2008, the clips are carefully  edited and stitched together digitally onto a neutral black screen from which both these  iconic actors present a role call of  neurotic personalities.

For Breitz making  Him + Her Breitz involved a careful analysis of Nicholson and Streep films over an eight-month period. Sreep’s  introspective dialogues present  vulnerability and psychic fragility. “During the early stages of the editing, it was astounding how a whole slew of clichés about masculinity and femininity came rushing to the surface,” Breitz explained. Him + Her is based entirely upon these stereotypes.Candice Breitz has been a Professor of Fine Art at the Hochschule für Bildende Künste Braunschweig since 2007.). 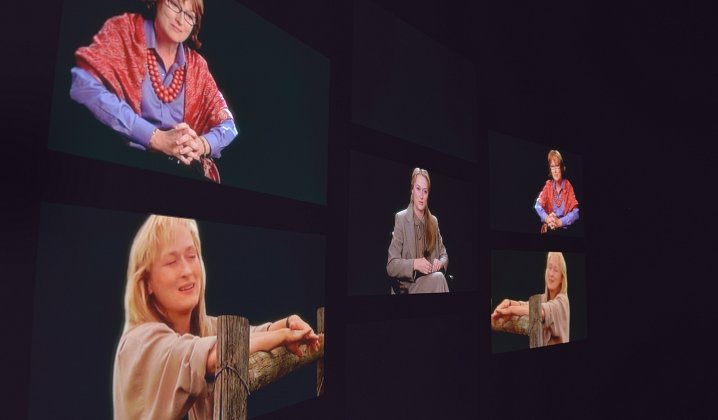 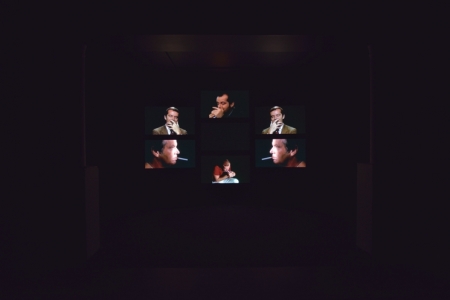 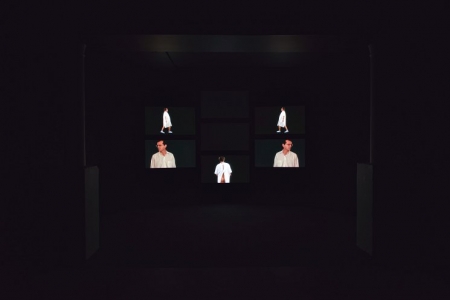 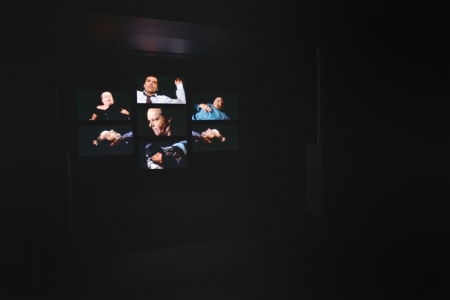 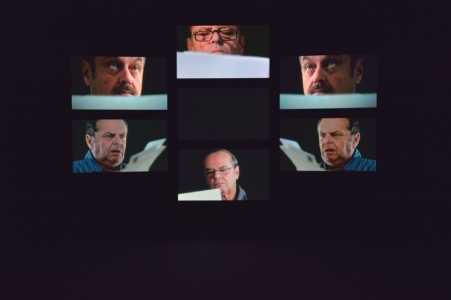 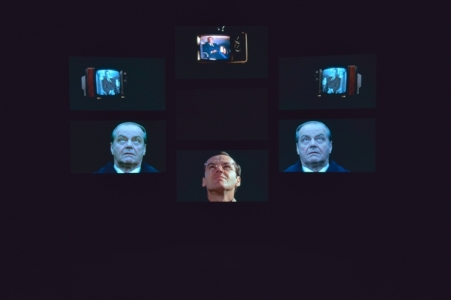