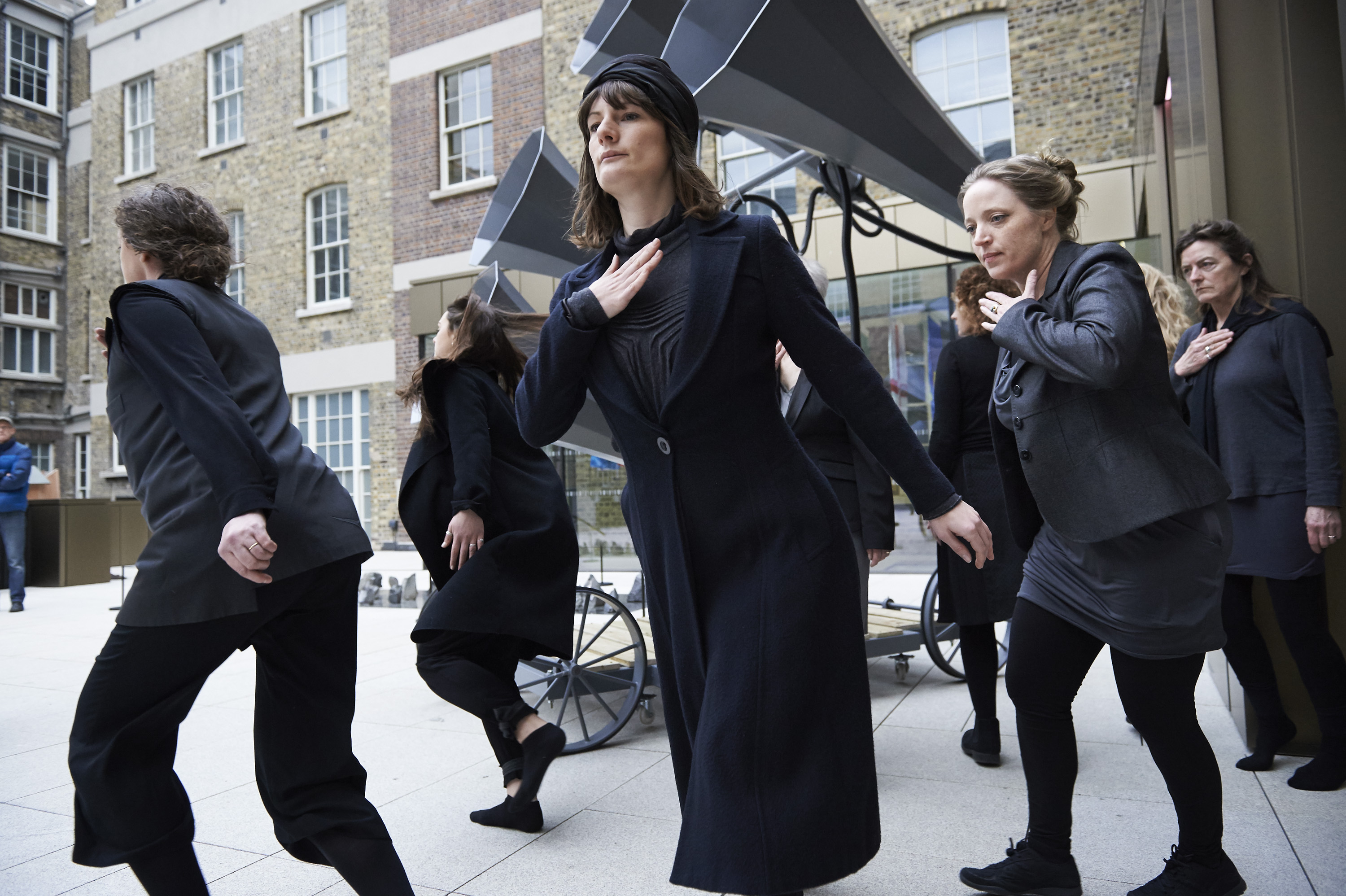 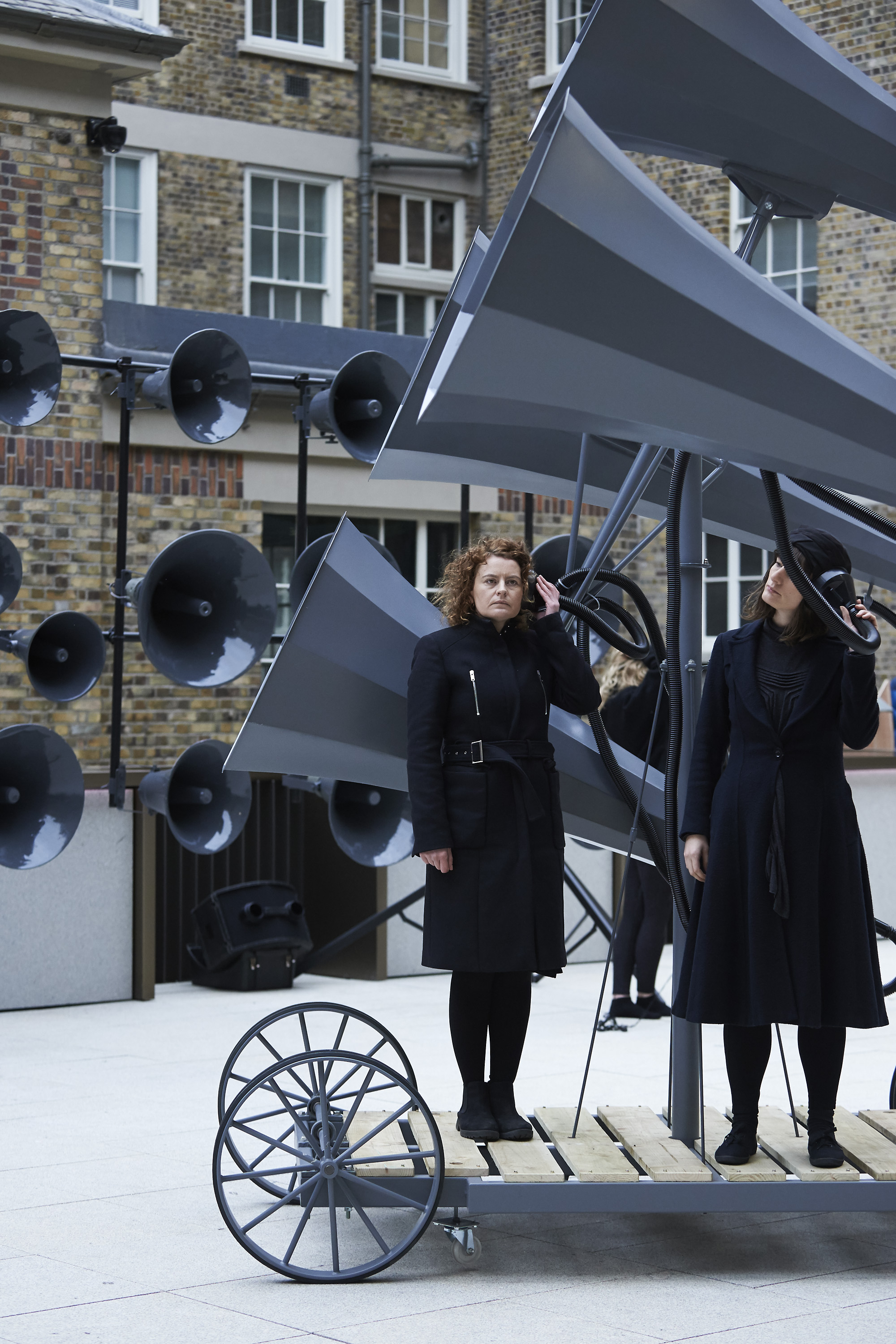 This artist project explores the associative links between the forgotten metaphor of the stormy petrel and the forgotten history of the revolutionary women couriers of 1916. Our research delved into the metaphor of the stormy petrel and the folklore associated with the world’s smallest sea bird now more commonly known as the storm petrel. In the 19th century the symbolism attached to this little bird is of a radical revolutionary, heroic in the face of extreme danger and an ‘announcer of the storm’.

The title of our artist book “Thug siad oíche ar guairdeall dom – they left me wandering all night” – fitted perfectly with our research into women couriers during the Easter Rising. Witness statements and pension records of these women who were sent out on Easter Monday morning to try to rise the Volunteer organisation through IRB contacts became a central part of our project. Many of these women were among the first to be shown the Proclamation in Liberty Hall, and recall how they were asked to memorise the document. These women became human telegraphs, on the go every minute, the pressure of the despatch always on them. Leaving the city on locomotives was hard emotionally, returning for some proved homeric. Their message was a hand-written note from Pearse and Connolly, ‘we rise at noon, obey your orders signed etc’ and it had to be hidden in clothing or hair. If discovered, this scrap of paper was to be eaten or destroyed. This story has largely been untold.
The Acoustic Radar a large mobile metal sculpture harks back to the over riding horror of war and militarism 100 years ago. This large device for listening to the battle sky contextualises the different revolutionary voices, becomings and temporalities which come together at Easter 1916. Having visited the Somme this summer it is hard not to reflect on the screeching violence and fury of the First World War and the bureaucratic ambivalence to the mounting war casualties ( over 1 million at the Somme alone). While the Easter Rebellion can easily be read as an example of what Franz Fanon refers to as ‘colonial mimicry’, It is also a rebellion against the war and conscription and at least for Connolly and the Citizen Army an awareness that the war was about ‘ the grab for Africa’ and ‘a military holocaust’. As we know what opens up in the teens of the 20th century in Dublin around women’s suffrage, social equality and the desire to get rid of colonial authority quickly closes down by the time of the first free state government. Easter 1916 from a feminist perspective also reminds us of the multiple strands and flight lines that will exist in the movements throughout the 20th century. The acoustic radar is always on because, as the soldiers in Picardy knew, its the ones you don’t hear that will get you.
Performance
Devised by artists Orla Ryan, Alanna O’Kelly, Brian Hand and movement director Libby Seward Performers: Libby Seward, Lucy Rowell, Orla Ryan, Kaija Kennedy, Una Maya Kennedy, Augustine O’Donoghue, Alanna O’Kelly, Frances Mizetti Duggan, Ceara Conway, Pauline Cummins, Natasha Bourke.
In her column Into Exile: the Transubstantiation of Women’s Bodies   Aislinn O’Donnell writes:
When the ‘human telegraphs’ of Stormy Petrel/Guairdeall’ moved through the courtyard of the GPO one night in April 2016, their movements and cries recalled that other night, a hundred years ago, as women of that time moved through the landscape of violence in order to speak, declare and proclaim independence. In the post office, the  site of exchange and communication, it was though the fragile, symbolic figure of the  tiny sea bird was announcing another storm. The cracks, fissures and unheard voices are opening up, as if the revolution – a revolution that never seemed to find its path on this island- was beginning to remember its convictions, hopes and dreams. Rather than devising a Grand Plan, it is scattering like sparks from the sephiroth, then gathering and restoring, tiqqun:#Wakingthefeminists, ‘In the Shadow of the State’, Repeal,IMELDA, …Another generation of women and their allies seek to resist a state machine that institutionalises gender inequality in its constitution and its practices. But it is no time for haranguing, for crude ideologies, posturing or lecturing. It is a time for gentler more invitational politics that extend the ethical  imagination to find new affinities and ways of gathering, listening and collaborating with others.
(VAN Nov-Dec 2016 p7)
Performances at 7:15pm; 8:30pm
Technical Assistance: Pól Brennan, Mark Foley, Olchan Kirwan, Pavlina Kubelkova. Visual Documentation: Ros Kavanagh.
Partners and Support: Carlow Institute of Technology, VISUAL Centre for Contemporary Art, Carlow County Council Arts Office, Artlinks Ltd.

Invited by Pham Phuong Cuc, Curator of the contemporary exhibition space at  the Women’s Museum. Supported by Culture Ireland and Dept Foreign Affairs as part of the Ireland 2016 International Programme. Irish Ambassador to Hanoi is H.E. Ms Cáit Moran and Second Secretary of Political and Economic Affairs is Chiara Popplewell.