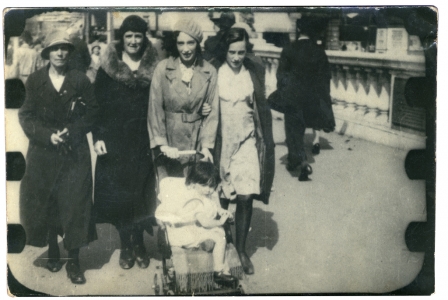 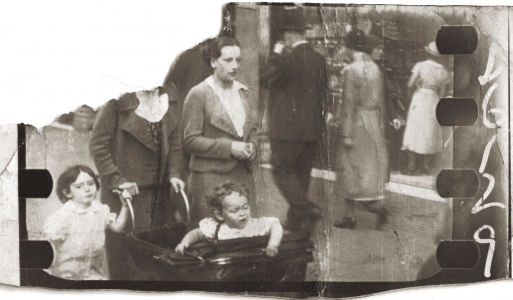 Most of the family photographs remained in my mother‟s possession in a turquoise Lindt
chocolate box until a couple of years ago when she started arranging them in Victoriana type
albums with round windows, ribbons etc. It was at this point that I asked my mother if I could
borrow one particular photograph, of my mother‟s family crossing O‟Connell St. Bridge in the
early thirties. My grandmother Evelyn, her younger sister Alice, their mother Georgina (also
known affectionately as Muddy) and her mother Sarah Delaney. Evelyn is pushing a pram with
my mother Jean in it, and her sister Florrie, a toddler, is walking beside it. The photograph had
lodged in my mind over the years, accumulating more significance as time moved on, central to
the romance I have built up around my maternal line. Its contingency always struck me.
Whatever about a studio set up where everyone willingly assembles for the family shot, the
randomness of everyone being captured together by a street photographer is surely pretty rare.

However the inarticulate intimacy of this image and the emotional investment I had in it could
not hide the obvious problem with it. When my mother passed on the photograph to me- and I
looked at it again, I discovered that I had made an accurate mental image of something that never
occurred. To begin with my mother was not in the photograph. It was Florrie in the pram. There
was no toddler walking beside it. I was bewildered by the photograph I held in my hand, it
seemed to deny the depth of fantasy I had attached to it. My memory had gone to and fro across
the bridge attaching the past to each remembering– building, searching and connecting
encounters with my family history.

Though the photograph I imagined I remembered so well, did not appear to exist, it had
attached itself to an unrealized past none-the-less. Searching through mammy‟s family
photographs I realized how I had montaged two photographs together. There was another
photograph of my mother in a pram with Florrie at its side. After awhile I comforted myself with
the fantasy that my mother was „in‟ this image, as judging by the size of Florrie it was safe
enough to assume that Evelyn was pregnant with mammy. Although when my husband looked at
the photograph he thought Alice was the one who looked pregnant. At that point I recognized
that anyone outside the mingling generations on the bridge projected in my head, would probably
not seize on the significance of the photographic document. And yet the artifact captivates an
existential history that is wider than my bloodline.

With accuracy it seems I had remembered the trench coat Evelyn was wearing exactly and her
beret. She looked great. Another couple of months passed. My son was born. My world was a
different place. I paid a visit to my great aunt Alice, now in her eighties. When I showed her the
photograph nothing struck her about it, in fact I got the impression that she did not find it very
interesting. This disappointed me. I had fantasized that Alice would be able to tell me where they
were going that day and more. Instead she gave me a couple of photographs of herself and her
late husband Charlie, which in turn did not really interest me at the time. However she did tell me
that the woman standing beside Muddy was not my great great grandmother Sarah Delaney after
all but a friend and neighbour, whose name she had forgotten, which, reminded me of Wilde
“…the proper occupation of the historian is to give an accurate description of what has never
occurred.” 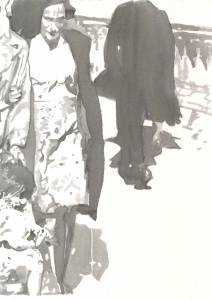 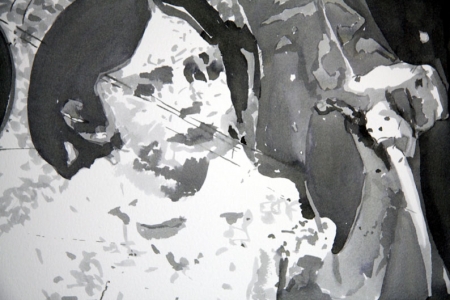 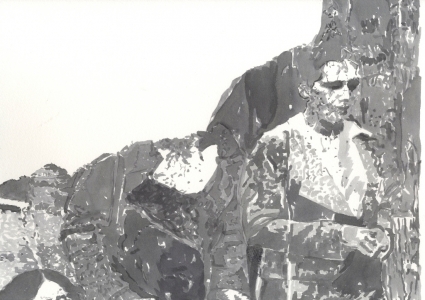